When David Bowie passed away in 2016 the news shocked many people around the world. Lifelong fans and people in the industry took to social media to p

When David Bowie passed away in 2016 the news shocked many people around the world. Lifelong fans and people in the industry took to social media to pay their respects. It showed how revered he was by listeners all over the world. This is not surprising considering how many great tracks he created in his lifetime.

His most famous song is Space Oddity. It tells the tale of Major Tom, a spaceman who encounters trouble with his ship. Bowie will always be remembered for this record. It showcased his terrific vocal style and ability to bring emotion to any scenario.

He would go on to write a sequel to this called Ashes to Ashes. In this single Major Tom has become a drug addict. The musical elements of this are much more synth based. The two songs show the differences between the dominant sounds of the 70’s and 80’s.

Space would continue to be a fascinating subject for Bowie. This can be seen in the track Starman in particular. For his final album, Blackstar, he included a number of reference 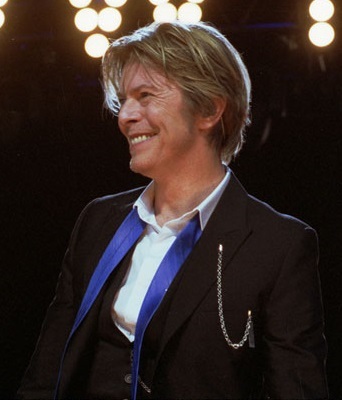 s to the cosmos. He would release this record while on his death bed. It went on to become a massive hit.

In 1985 he teamed up with the lead singer of the Rolling Stones, Mick Jagger. Together they worked on a duet called Dancing in the Street. The video consisted of the two of them dancing in a bizarre manner. It has since become one of the biggest oddities of his entire career.

Over the years, Bowie was known to change his style. He adopted a number of well known personas. These included Ziggy Stardust and the Thin White Duke. The singer was often admired for his impressive sense of fashion. He was not afraid to take risks when it came to his costumes and makeup.

David Bowie will be remembered for bringing artistic glamour to the rock genre. His music was in a class of its own. It brought many different types of people together. Not only was he a fantastic musician. He was also a talented actor. He played a special agent in the film version of Twin Peaks. He also portrayed the lead villain in the beloved Jim Henson classic musical, Labyrinth.